After a career in Fashion, Marie-Hélène de Taillac created her first jewelry collection in 1996. Her love of travel, passion for colors and fascination for stones have brought her to make her own jewels, introducing precious gems into a modern woman’s daily life. As soon as the collection came out, it was met with immediate success and went straight into prestigious shops around the world: Barney’s in NYC, Browns in London and Colette in Paris. One of the most interesting aspects of her work is the mix of precious and semi-precious stones, and the great color combinations. The other is ease in which women can shop for their own jewelry without any of the stuffy or slightly pretentious shop atmosphere often found in the world of luxury jewelers. The Parisian flagship store – designed by Tom Dixon and Marc Newson – is located at 8 rue de Tournon, near Saint-Sulpice, but you can also find her work at Merci or Colette. 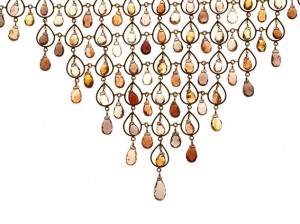 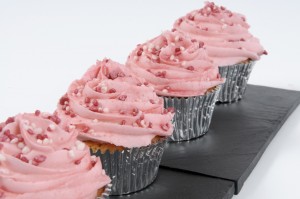 A fun hotel comes to Paris

Located in the 5th arrondissement, near rue Mouffetard and its lively surroundings, the Seven Hotel has it all: a lounge, a bar, a wine cellar, massages on request, access for people with disabilities, laptop computer available for loan, free Wi-Fi… On top of the usual services, of course. In the rooms – named “Levitation” or “Close To The Stars” – the decoration is fun but relaxing with a mixture of blue lights and warm colors. The suites are all beautiful and very tempting, whether it is “Lovez-vous” with its round bed and amazing cow skin covered bathtub or “on/off” that looks like it has been shaped out of a cloud. Prices range from 150€ to 540€ a night. 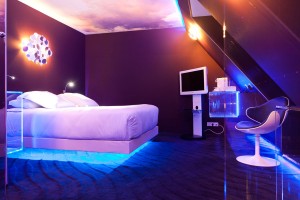 The "Levitation Under Roof" room at Seven Hotel